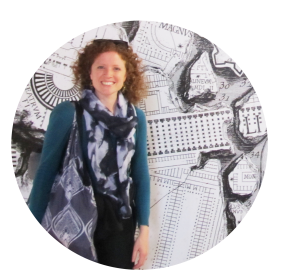 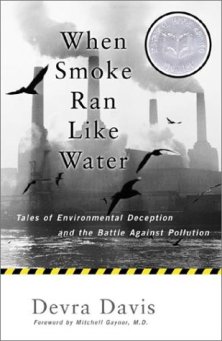 I hadn’t finished reading Davis book when our environmental book club met last Thursday night to discuss it.  But, it was such an interesting book that I did finish it within the last week and now have some additional thoughts to share.

A full synopsis of the book and discussion points can be found on our Environmental Book Club Blog at ecobookclub.wordpress.com

When I hear a grave environmental fact, like Global Warming, the warnings of GMO’s and pesticides that are in our food, or what leaches into our ground water I am always equally and defensively greeted with an opposing opinion from someone who I may bring it up with next.

Why?  Why don’t we error on the side of being safe? Is there too much information to know what to do, and what to do right?

Well, after reading this book a little bit of that grey area was swept away with the rain pouring facts Devra Davis provides throughout her book.

What I hadn’t realized before reading the book was that controversial issues are just so because the scientists that are figuring out what is unsafe for us, are being disproved by other scientists who are being supported by those companies creating the problems. This is a central struggling theme throughout Devra’s surprisingly positive book. Positive because it is enlightening and knowledge is powerful. I’ve recently heard that Dr. Laura talk, Follow the Money, and I think it’s on cue. It’s the first time I’ve heard of her –Dr. Laura Schlessinger.

Our group was lead by Dr. B who had done extensive noting and question-asking while reading the book himself. His full synopsis and in-depth discussion points are located on the EcoBookClub Blog here.

Our group talked about how scientists think. I thought about how I think. Dr. B described how a lawyer’s thoughts were to boil it down to the essence, to defend a case. While, as a scientist, he would want to include the loose (and sometimes extraneous) thoughts.

I’d taken a thirty-minute walk before our discussion through the wood chipped forest. Some barkless tress were laying across heavy needled pine branches that never lost their green luster. Spring wasn’t budding yet but I was able to wear short sleeves. I thought about a scientist’s children.

children of a scientist

trees unwrapping, pulling down their canvases

light in the sky, but heavy on the earth

fragile without their leaves.

A few portions of text that struck me are below.

In a story of The great London Fire of 1666, Devra talks about John Evelyn pg 39.

With nearly a blank slate, the city could have been redesigned. Evelyn had urged that the major producers of smoke be located in a common industrial zone, far from where most people lived. But he failed to reckon with the traditions and convenience that kept these same businesses as they were. Despite his friendships with those in power, Evelyn was no match for the economic forces of the day. In the seventeenth century, as in the twenty-first, pressures to keep things as they have always been could be far more powerful than well-founded suggestions for improvement.

The capacity of people to get  on with what they have been doing all their lives, even when they know it is not in their best interests, is a marvel. Denial is one of the strongest human emotions. It gets us through the shock of chronic illness or sudden deaths, and often it is what keeps us from making changes in life. Thus it is not enough to have a good idea of even a great one to bring about social change. People have to believe that the problem being addressed is so bad that something must be done, and they must believe that something can be done.

Stop expecting Prince Charming. We must rescue ourselves. We are the ones we’ve been waiting for.  -Bella Abzug

The book gave me a way to defend the facts of Climate Warming by better understanding climate change and the two types of gasses generated by humans -chlorofluorocarbons (CFC’s) and greenhouse gasses. Next, in the same chapter, was the recipe to save us all from toxic products.

The story of how the planet finally took action to get rid of CFCs provides an important lesson. Three things were required: the finding of the ozone hole provided sufficient proof that the planet faced  grave and imminent danger; industry had found a way to profit from making major changes in production of the source of the danger; and governments saw that the costs of persisting were much heavier than the benefits of acting. Only when all these were in place did actions to phase down CFCs begin.

In thinking that we must not only calculate the cost benefit of continuing like we do, but consider the cost benefit to prevent what we will have to pay in health and money through the future, I think:  Money or Health. We need both. What could you be doing right now to save yourself or, at least to save your children?

Have you seen Annie Leonard’s video on The Story of Cosmetics? If not, check out my friend’s review of it on her blog, and view the video she has linked on her page.

A great site that I’ve found to see what’s in your cosmetics is the cosmeticsdatabase.com website. I look through it when I think of something else in my house that I could substitute to have less chemicals if it’s something that I can’t make at home myself.