I wonder if Tag Galyean, a self-described master builder, who moved onto the Greenbrier grounds in southern WV over thirty years ago knew where his career was headed. In the two years that followed his move he became integral not only within the design world but also that of the hotel business. Following his time at the Greenbrier, Tag moved to Hawaii to work with what are now the Rock Resorts. Since 1989 he has been the designer of architecture, landscape architecture, art and graphics working on the executive committee as a design professional at the Broadmoor, -the luxury resort in Colorado Springs.

I’m lucky, I’ve only just met the gentlemen and now I am on his team. The day I met him he described his privilege for working for private entities, the really nice families, and by the end of the day I was left with the same sense of what working with him would be like. We met over breakfast to discuss a project we are collaborating on. While in his presence I had the opportunity to observe how he analyses with his questions. His vision for each client encompasses making decisions based on the point of profitability. He described that it was not his intent to leave his signature, but focus on pulling out the strong elements established in each place. In his words he becomes a custodian to each business, understanding how design affects these historic properties.

During a recent meeting I attended with Tag he maintained the conversation by discussing the reach of design. He referenced Dorothy Draper to emphasize a full vision, such as the one Mrs. Draper provided for The Greenbrier designing match book covers, bath mats and the landscape. The importance of one designer lies in the absolute necessity for continuity in a guest experience.

During our conversations about The Broadmoor I was reminded about the details from my visit four years ago. I remember the ceiling of the porte cochere and the stunning mural that smiled down on me. While spending time with Tag I picked up on a few of his quips and wrote them down. For example, when others in our group mentioned the art installations of Bruce Munro’s work Tag said ‘I’ll look into it, it’s nice to know.’ In this way his demeanor continued to be encouraging throughout the whole day of fresh ideas.

Tag was asked by our clients what the impression their place left on him and he replied, ‘There is some magic here. The imagery is strong and appropriate of the area. The Interiors can be more fetching, some place that says not that I am home, but I am somewhere special, somewhere I want to be again.’ Certainly anyone who has ever worked with or around Tag feels the same way about him. He is someone I want to continue to be around too. 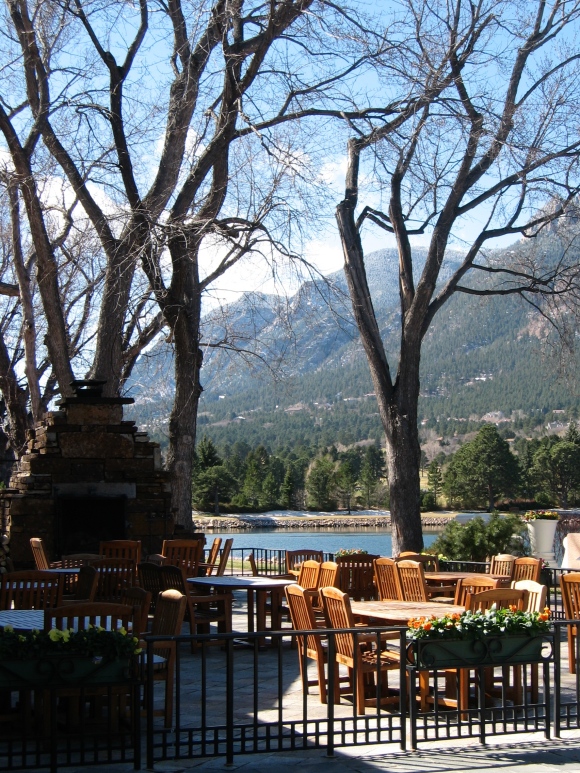 These pictures were taken by me in 2011 during an April trip to Colorado Springs.