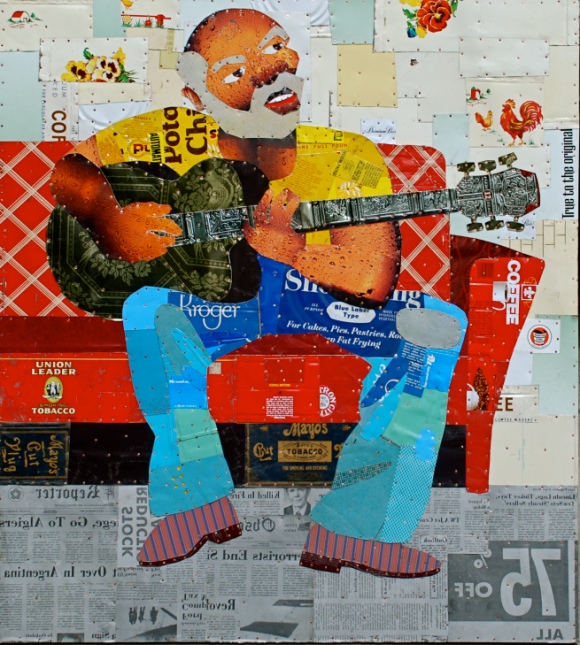 The voices have faded now

the reverb of drum and Jazz bounced

reflected until the slightest sound

no longer be heard

The oil slicks are washing away

in colorful shades of the rainbow

where the cars were piled

cars and vans who had traveled

exclaiming in their overuse

a language of tattoos

The city had been alive with thousands of people

the crowd before the stage never ceased,

moving, colliding with one another in a hypnotic

capturing a joy felt within, from being around so many people

The heart beats on as the lyrics continue

as they leave Wheeling

somewhere else they play the blues

mouths wording a continuation of where we left off

Sunday night as the sky faded and clouds parted

into a pink hoola hoop lying on the horizon,

capturing, along with the river

moving us all, at the same time, in one languid motion

the essence of the blues taking hold

dance together, as people worked together

the reason of the blues grabbing us in one shared movement

to reveal that the soul has remained the same,

and more powerful if we can live like this, together.